Good afternoon all and hope you`re all well?
With Christmas and the new year celebrations finally over I decided to take the kids over to the city centre, for a bit of window shopping and to see if any bargins could be found.
There was still a few bits in the sales, but nothing that grabbed my eye really.  I managed to finally treat myself to a decent winter coat, that i`ve been after since forever, that unfortunatly wasn`t in the sales, but I really needed to treat myself to one.  Especially since the last 5 years i`ve been freezing off my backside, watching and supporting my youngest boy, while he plays his football matches and training.

Anyway I want to show you my next project that i`ve finished. This time as you can see it`s a card instead of a feltie.  I thought it would make a change and thoroughly enjoyed making it.  I raised the little boy and his balloons up with pinflair, that way they pop out of the card. 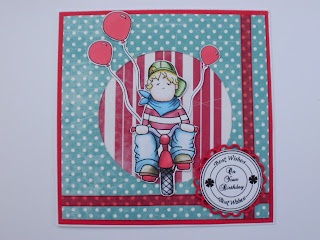 Email ThisBlogThis!Share to TwitterShare to FacebookShare to Pinterest
Labels: Cards for sale. 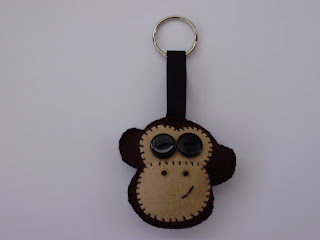 Good afternoon everyone and hope you all had a good new year.
Now that things are gradually getting back to `normal`, whatever that means in our house, I can begin to stock up in my new Folksy shop.  I`ll still be listing in ebay as usual, but will be listing my cards and toppers in ebay and felties with other hand sewn items my folksy shop. ﻿
The monkey keyrings will be listed in Folksy by the end of the day, these have proved popular and family members are also claiming these as their own.  So i`ve be preoccupied with getting more of these made and hiding them from all the family.
I`m forever starting new projects, but never get around to finishing some of these off, so my new years resolution is to complete these in the next two months, fingers crossed.  I also want to have a go at making a quilt for our bed, but that`s another story.  You never know though.
Anyway hope to be back in the next day or two, until then
ta ta for now.
Hugs
Val
XXX

Email ThisBlogThis!Share to TwitterShare to FacebookShare to Pinterest
Labels: Felt, keyrings for sale. 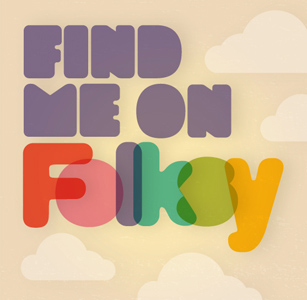 Good evening everyone and hope you had a wonderful christmas.
We all ate and drunk way too much, as usally, but that`s what it`s all about hehe!.
I had some lovely crafting books, which i`m itching to look through, but haven`t got around to yet.
I`ve also decided to start listing in my new Folksy shop at WM Cards and Crafts, which i`m very excited about, so please call over and have a look in the new few weeks and let me know what you think.  I`m very excited about this new venture and have lots of lovely new ideas rattling inside my head. I`m getting myself motivated and so hopefully once the kids go back to school on the 8th January, i`ll be able to really nuckle down.
I may be back before the new year, if not I wish you all well and have a great evening on the 31st.
Hugs
Val
xxx
Posted by Unknown at 10:42 No comments:

I must apologise for being such a naughty, naughty! blogger of late.
Like most people at this time of year i`ve just got caught up with all my christmas makes and just haven`t had the time to do any blogging.  Everything has just caught up with me and i`ve been running from pillar to post, or at least that`s how it feels.
I`m giving myself a bit of a break and will be blogging again in the new year to show you my new makes.
I`ve decided to join up with FOLKSY and so in the new year, I will be listing on there as I think this will give me alittle bit more coverage, as well as doing my ebay listings aswell. But and there`s always a but, I have decided to cancel my shop for the time being, although i`ll still be listing as normal.  I`m not too sure what to do for the best yet, so will see how this pans out.
I wish everyone a fantastic christmas and new year and will see you all in 2013.
Posted by Unknown at 06:58 No comments: 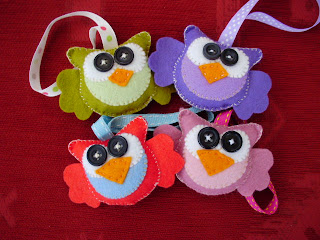 Good morning everyone and what a morning, rain, rain and more rain.

Such a change in the weather every day, I don`t listern to the forecast very often these days as it`s now different to what they always predict.
One day last week, it was suppose to be cold with a bit of sun and cloud, what we ended up with was rain, then heavy snow, what`s that all about?.
I`ve been pretty busy with schools and clubs this last couple of weeks, with christmas fast approaching.  I`ve managed to make list, upon list, upon list, of things i`m suppose to do and buy.  I`m a bit of a sucker when it comes to list and the strange thing is my lists always seem to disappear, so I end up making more lists, to replace these.
Anyway, i`m here to show you the newest members of my owl family, that will be winging their way into my shop in the new year.  These went pretty quick when I listed these last and with Mother`s Day in march, i`m sure these will be flying their way to new homes.
I`ve still a ton of things to do and make, before the big day finally arrives and i`ve also got to get myself into gear for my listings in my shop.
So until the next time
catch you all later
Val
xxx﻿
Posted by Unknown at 04:23 No comments: 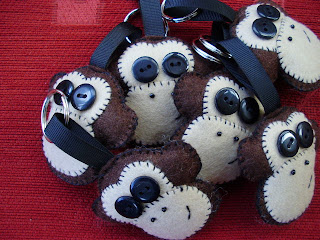 Good afternoon everyone and sorry for the lack of posts this last week.
It`s the start of the run up for christmas and i`m gonna be pretty busy, with making some of my january 2013 creations for my shop, then there`s the schools and clubs.  I still love this time of year though and have been able to take five and have a nose around and getting all inspired with the lovely decorations, that people have created.
I made the christmas cake on tuesday, which was a bit later then I had planned, this was suppose to be on sunday, but just didn`t get around to it.  Which meant I wasn`t able to have a merry little tipple while making the cake because of the school run.  But never fear, the cake enjoyed it instead, YEAH!
One of the boys is helping the years, reception, 1, 2  and 3 with christmas shopping up at the school today, this is done every year for the whole school over 2 days, it`s a great fun event for all the kids and teachers.  Then tomorrow he`ll be doing his own with the rest of year 4, 5 and 6.
So he`ll be coming home with a bag of christmas goodies tomorrow.
I`ve been able to keep up to date with my orders, which is great and means, nobody has had to wait, i`ve managed to keep ontop of things, but has been alot of hard work, but really enjoying it.
I`ve been well organised, which for me is a main key.
I`ve been able to make a new batch of my felt monkey keyrings, so these are now ready for the new year, which is a great start.
I will still be selling my poppy brooches next year as well, as I make a donation for each poppy sold to a worthy cause. THE BRITISH LEGION.
Anyway, i`m hoping I won`t leave it too long next time I blog
Catch you all later
Val
xxx

Email ThisBlogThis!Share to TwitterShare to FacebookShare to Pinterest
Labels: Felt, keyrings for sale.

Good morning everyone, just back from the school run and what a lovely crisp morning.  No rain and not alot of wind, it was just lovely having a brisk walk, up to the school.  The christmas street lights are up and on, so it`s beginning to feel alot more like christmas is around the corner.
I`m going to close my shop early this year, as the schools seem to have alot more going on, with the run up to christmas.
I`m going to close on

I`ve started to prepare and make some new lines for the new year and so i`m going to give you a peek at the heart brooches i`ve just finished. 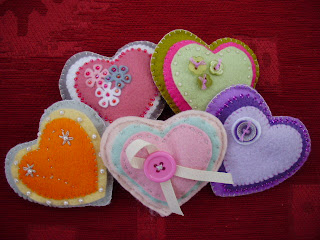